A downloadable game for Windows, macOS, and Linux

In this short visual novel, you have one area, one other person, and one chance to do something. There are 10 endings to find.

Interaction is done in text adventure format. Type one item from the verb list and one from the noun list, separated by a space.

filled and created with emotions <3

but missing explanation of how the game exactly works (novel). And also, missing break - statements when there is no noun/... . - (But i think you already know)

Yes. Unfortunately, I didn't notice the "no noun" false positive and "no verb" crash until after release. I had coded a way to match the input with the list, but never actually checked what happens if the game is sent nothing, or sent a single word. I was planning to add instructions, but I ran out of time.

At least I learned.

looks cool , sadly enough i get returned to the main menu when i have to type in a command

Oh no! What did you type?

That seems like it could be a parsing issue. The game is expecting commands in a "[verb] [noun]" format, with a space in the middle. So "talk ellen" should work.

it seems to give me storys about dancing with ellen

Okay. That's what I'm getting too.

Sorry for the trouble, dimin. 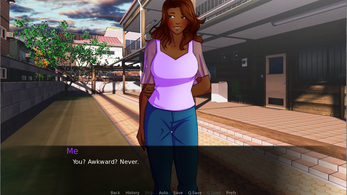 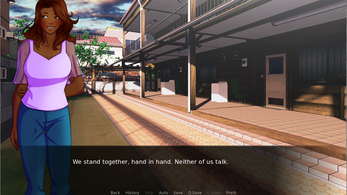